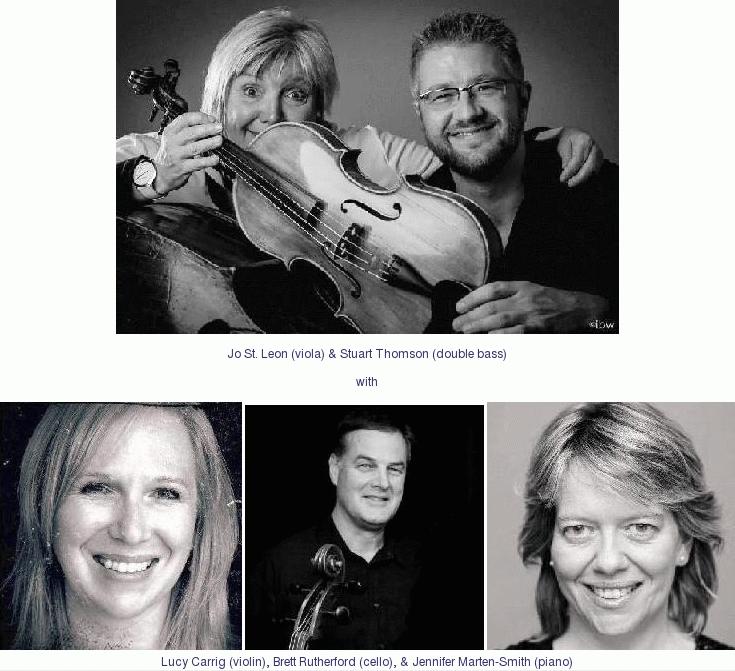 The Elanée Ensemble, Jo St. Leon and Stuart Thomson, was formed in 2009 to showcase the beauties of the viola/double bass duo in chamber music. They have become well-known throughout Tasmania for their lively, high-quality performances and their innovative programming. Through an extensive commissioning project, they have made a significant contribution to the duo repertoire, and more recently, the viola/bass/piano trio repertoire. In addition to performing throughout Tasmania, they have undertaken two Victorian tours, and played double concertos with the Hobart Chamber Orchestra and at the Residential Summer String Camp held annually in Ulverstone, where they are Ensemble-in-Residence.

The ensemble sometimes joins with other musicians to form larger groups enabling them to explore a wider repertoire.

Lucy began playing the violin at the age of 4. She studied with Beryl Kimber and William Hennessey in Adelaide and with Stelios Kafantaris in Germany. During this time she represented Australia in the Jeunesse Musicales World Orchestra with whom she toured much of Europe and Canada. At 22 Lucy returned to Australia to take up the Principal Second violin job in the Adelaide Symphony Orchestra. Two years later she joined the Tasmanian Symphony Orchestra, also as Principal Second violin. Lucy has appeared as soloist with the TSO, Adelaide and Hobart Chamber Orchestras; is a member of the Australian World Orchestra and has played as guest Associate Principal Second with the Melbourne Symphony Orchestra. She appears regularly with Virtuosi, the Elanée Ensemble and with the Discovery Octet. 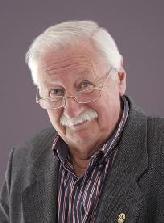 David, a watercolourist and illustrationist, trained as a lithographic artist, doing a 6 year apprenticeship in Melbourne, graduating with a Diploma in Advertising Art. He subsequently started his own freelance company, Taswegia, specialising in marketing and design, as well as manufactoring cards and stationary. He is a specialist in pre-press. These days, he is semi-retired, focusing on marine landscapes while continuing to do mining engineering illustrations. He has had 56 very successful one man exhibitions.