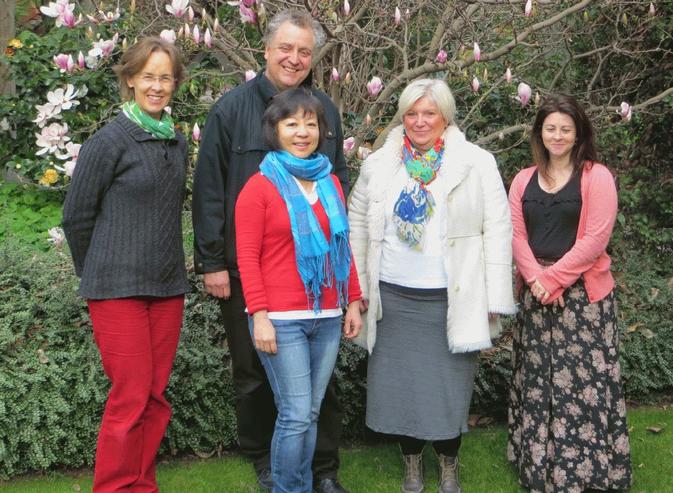 Born in Shanghai, Yuen Yum was the first recipient of the Hong Kong Government Music Scholarship to study at Wells Cathedral School, England, going on to graduate from the Guildhall School of Music and Drama. In 1986 Yuen Yum joined the Orchestra of St John's Smith Square, touring both nationally and worldwide. She has performed extensively with the London Wren Orchestra, the Bolshoi Ballet, the London Metropolitan Orchestra and the Hong Kong City Chamber Orchestra.

Yuen Yum has worked with musicians as diverse as Igor Oistrakh, the Amadeus quartet and Quincy Jones. Yuen Yum's awards include the Somerset Violin Competition (UK), the Hong Kong Commercial Radio Prize (Twice Winner) and the Hong Kong Concerto Prize. As well as performing, Yuen Yum has played an active role in educating young violinists in London, Hong Kong and Australia. Fluent in three Chinese languages, she has also travelled widely in her capacity as a concert manager and coordinated the 2005 Australian String Quartet tour of China and the 2007 Southern Cross Soloists tour of Hong Kong and China. Yuen Yum is an Associate Lecturer at the Hobart conservatorium UTAS and Principal Music Educator of the Young Conservatorium Program.

Born in Perth W.A., Dale began cello studies at 12 years of age with Louis Tomlin and later Sally Talbot. She completed a Bachelor of Music with honours at University of W.A in 1983 and a Graduate Diploma of Music from the Tasmanian Conservatorium in 1985, studying with Christian Wojtowicz.

She has worked for the West Australian Symphony, the Sydney Symphony, the Australian Chamber Orchestra and the Tasmanian Symphony Orchestra. She was a finalist in the Young Performer of the Year Competition 1986, playing the Dvorak Cello Concerto with the Adelaide Symphony Orchestra. Chamber music has been interwoven through her orchestral career. The Hartz Piano Trio performed from 2007 to 2009 in Hobart, with Dale playing the cello. 2010 saw the release of a CD of Mendelssohn and Beethoven with Virtuosi Tasmania. In 2011 she looks forward to the inaugural year with Lucida Quartet.