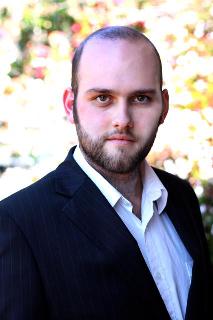 Michael is building a reputation as one of Australia’s most exciting emerging operatic baritones having appeared with leading companies and orchestras in Australia, USA, Europe and Asia. Michael holds a Masters degree (UTAS), an Associate (AMEB), and a Licentiate (Trinity Guildhall, London). He has had competition success in Australia and overseas including twice being an award winning finalist in the Australian Singing Competition, and as a quarter finalist in Operalia in Paris, 2007. Major works in Michael’s vast and varied repertoire include Mozart’s Cosi Fan Tutte and Die Zauberflöte, Puccini’s La Boheme, Verdi’s La Traviata, Bach’s St. Matthew Passion, Handel’s Messiah, Stainer’s Crucifixion and works by Koukias, Dewey and Bugden with companies including the TSO, SSO, Prague Radio Symphony Orchestra, Orchestre Pasdeloup (Paris), Melbourne Opera, IHOS Opera, Rome Opera Festival and the Australian Opera and Ballet Orchestra with conductors such as Placido Domingo, Richard Bonynge and Brian Castles Onion. His recital repertoire includes Schubert’s Winterreise and Die Schöne Mullerin, Schumann’s Dichterliebe, Mahler’s Kindertotenlieder and Shostakovich’s Michelangelo Suite. Upcoming performances include Carl Rütti’s Requiem and the world premiere of Scott McIntyre’s opera Fire on the Snow. 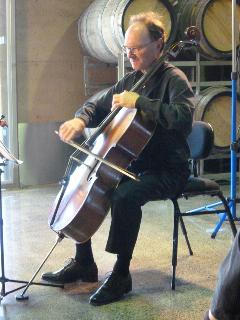 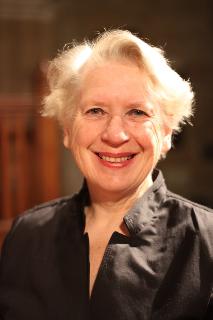 Philippa has a Diploma of Specialist Music Education from the Conservatorium of Music and Teachers College in Sydney, as well as a Bachelor of Music (Hons) from the University of Tasmania Conservatorium of Music. She also has a Licentiate Diploma in Performance from the Guildhall School of Music and Drama, London and a Licentiate Diploma in Performance from the Australian Music Examinations Board. In 2003 she inaugurated an ongoing series of concerts at St David’s. In 1996, Philippa Moyes and Don Gay wrote and directed their show, Hartz in Kalimantan. For the 1988 Centenary of Federation celebrations, Project Manager, New World Music Tour to Tasmania by youth orchestras and ensembles from all mainland state and territories. As a highly accomplished pianist, Philippa has worked with the G&S Society, Polygon Theatre Company and continues to perform regularly in a number of venues in and around Hobart, including the National Trust property Runnymede, with local artists such as Jun Yi Ma, Christian Wojtowicz, Jabra Latham, Christopher Waller, Alan Greenlees, Felix Greenlees, Michael Lampard, Mary Branagan and Charlotte McKercher.